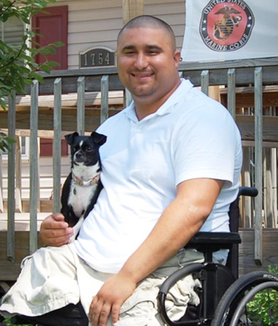 Name:  Sgt. Shane Parsons, USA (ret)
Branch of Service:  Army
Deployment(s):  Operation Iraqi Freedom (2006)
Bio:  Hello my name is Shane Parsons. I was born in Bowling Green, Ohio to a widower Cynthia Parsons. My father passed away when I was 6 months old from a brain tumor. I was raised in Fostoria, OH and graduated from Fostoria Redmond High School in 2004. I joined the Army shortly after and became an 11 Bravo and was stationed at Ft. Hood with the 4th Infantry Division, Bravo 367. I deployed to Iraq in 2006 and took part in numerous combat operations. In September 2006 my vehicle was struck by a EFP IED which injured everyone inside. I was left with missing both of my legs from the blast and I went into cardiac arrest three different times on my way to the Field Hospital. I suffered an Anoxic Brain injury from blood loss that also left me with the inability to read or write. I medically retired from the Army shortly after my injury and started to live my life the very best I could. I am bound to a wheelchair daily but do not let that stand in my way. I actually just married my wife Jennifer Parson on July 25, 2016 and we are planning to start our own family very soon. 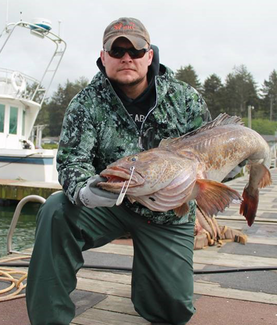 Name:  CPL Matthew Houston, USA (ret)
Branch of Service:  Army
Deployment(s):  Operation Iraqi Freedom (2003)
Bio:  Hello my name is Matthew Houston.  I was born and raised in Washington State. I graduated from Bethel High School in 2000. I always wanted to join the military but went to work for a Heating and Air company after graduating. On September 11, 2001 I was in a crawl space under a house and heard my boss yelling and screaming about something, as I crawled out I was told our homeland was attacked and that we lost a lot of Americans due to a Terrorist attack. In April 2002 I swore into the United States Army and left for basic training. After graduating basic, I was stationed at Ft. Hood, Texas as an Active Duty Military Police Officer with the 89th MP Brigade, 720th MP Battalion, 64th MP Company. On March 19th 2003, my Battalion was sent to Kuwait in preparation for the war with Iraq, I actually turned 21 years of age in Baghdad on April 8, 2003. After many successful missions I suffered a 50 caliber gunshot wound to my left leg on November 14, 2003. The Army and I tried to repair my leg and after 15 months, 22 surgeries, multiple skin grafts, donating my latissimus flap, and removing bone from my pelvis to rebuild my leg, I developed staph infection that adhered to the titanium cage inside of my shin. My 23rd operation was to remove my leg above the knee. It took me about 8 days post amputation to get fitted for a prosthetic leg and within 3 weeks I was up walking around with a cane. My first child was set to be born a month after my amputation and it gave me the drive to make sure I was able to walk around and be the father my kid deserved. Shortly after the Army found me unfit for my Military Occupation and medically retired me in 2005. 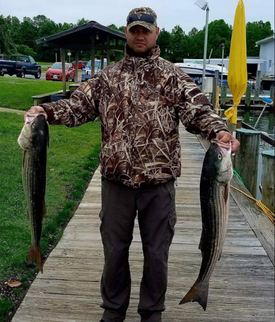 Name: Senior Chief David Mills, USN
Branch of Service: US Navy
Deployment(s): Operation Iraqi Freedom (2005 & 2008)
Bio: Hello, my name is David Mills. I was born In Merced, California in an Airforce Hospital. My parents divorced when I was very young. my father had custody of my younger sister and I. I loved the outdoors especially fishing and could not wait to go on my first hunting trip as well. Right after high school I joined the Navy. I left for Boot Camp on November 21, 1994. I deployed onboard various ships and served at various shore based commands over the next few years. On April 1, 2004, I married Shelly. We bought a house and started our dream life together. On Nov 9, 2006, Shelly and I had a healthy baby boy, Tristan. On June 14, 2007, Shelly passed away from a very aggressive and rare type of cancer. Feeling alone and battling my emotions I had to somehow keep it together for my newborn son. In 2008, I deployed to Iraq. While operating with a Joint Task Force, we lead direct combat operations all over the Anbar Providence. I was also a Liaison Officer for period of time, assisting operating units in the southern regions. I denied any internal injuries for years, even after being hospitalized six months after returning home. After multiple surgeries with little to no explanation to why my gastrointestinal system is in a very poor condition. It was not until recently (2017) that I was diagnosed with severe Anxiety/PTSD by my doctor. Because I did not talk about my wife Shelly’s passing much, or my experiences while on deployment, I kept all those emotions bottled up and it literally took a toll on me and started to affect me physically. My biggest fear was being labeled and looked at as a crazy person. 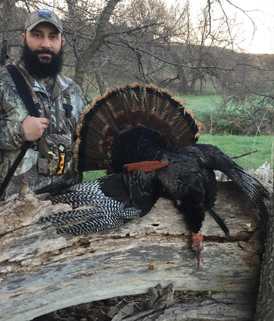 Name: SFC Joe Wesner, USA (ret)
Branch of Service: Army
Deployment(s): Kosovo Feb 02- Nov 02, Iraq Feb 03-Aug 04, Iraq Mar 05-June 06, Iraq June 07-July 09, Afghanistan Jan 10-Dec 10.
Bio: Hi, my name is Joe Wesner. I grew up in Hamburg, PA where I played baseball, football, and wrestled, as well as hunted and fished. I went to college on a football and baseball scholarship. After injuring my ankle and losing the scholarship, I decided that I would drop out of college and go to work somewhere, since I did not want to pay for school. After working a couple years at various jobs, I decided to join the Army on May 31st, 2001 at the age of 21. At the time, I was only joining for the college money so I could finish my degree. I chose to go 11B Infantry, because I loved the outdoors and shooting. My recruiter said that would be perfect for me! I was in Basic Training at Fort Benning, GA on 9/11. I vividly remember our Drill Sergeants coming into our bays with televisions and turning it on for us to see what was happening. He turned it on just in time to see the second plane hit the tower. At that time I knew I was not in the Army for school anymore. I graduated honor grad from basic and went on to my unit, the 101st Airborne! During my 13 years of service, I was fortunate to go to many schools and deployments. While I was injured a few times over the years, nothing was too serious to keep me out. On July 27th, 2010 while deployed to Afghanistan, I was hit with an RPG while manning an outpost. I suffered 7 fractures and 5 ruptured disks in my back, a complete dislocation, labrum tear, and hip flexor tear in my right hip, which resulted in a complete rebuild of the hip. I also suffered multiple tears and dislocation in both shoulders, which also resulted in a complete rebuild of both shoulders. Additionally, I suffered from a TBI and multiple shrapnel wounds and a gunshot wound to my calf. I was very fortunate that the injuries were not worse! I left Afghanistan and was sent to the Fort Meade WTU. I underwent over 20 different operations and procedures before being medically retired on July 27th 2014, exactly 4 years to the day I was injured. I currently live in Macungie, PA with my wife and our 1 year old daughter and our 2 dogs. I enjoy being a stay at home dad. I hunt and fish as much as I can. 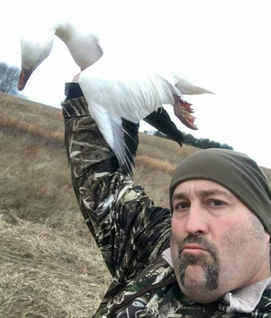 Name: SFC Stefan Talabisco, USA (ret)
Branch of Service: Marine Corps & Army National Guard
Deployment(s): Bosnia, Operation Enduring Freedon, Operation Iraqi Freedom
Bio: My Name is Stefan Talabisco. I was born in Wilmington, Delaware. I joined the Marines in 1994 and Deployed to the Mediterranean on the USS Saipan. I participated in contingency operations in Bosnia. After leaving the Marine Corps, I joined the Delaware Army National Guard and was assigned to the 153rd MP Company. I was also assigned full time to the Delaware National Guard Counterdrug Taskforce. During this time I assisted local, state, and federal law enforcement in the war on drugs. While assigned to the 153rd MP Co. I deployed to Saudi Arabia, Baghdad Iraq in support of Operation Enduring Freedom and Operation Iraqi Freedom. I also participated in several state of emergencies in Delaware, traveled to Arizona to Guard the US and Mexican border and went to Gulf Port, Mississippi to provide hurricane relief for hurricane Katrina. I have a beautiful family—my wife Adrienne Talabisco and my daughter Ruby.